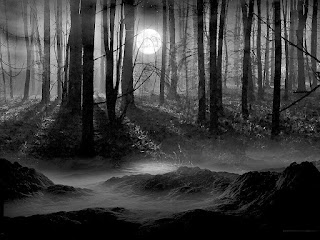 (I presented this at our Good Friday Service at Heritage Presbyterian Church on 19 April 2019. The audio file is here)

Jesus, the cool-as-a-cucumber, emotionless, impervious Savior; that’s the sense many people have of him. But look at these verses. Here is Jesus, “the eternal Son of God,” who “became man, and so was, and continueth to be, God and man in two distinct natures, and one person, forever” (Westminster Shorter Catechism 21) in the Garden of Gethsemene, and he is “… greatly distressed and troubled...very sorrowful, even to death” and so forth. As we delve into this more fully, we will see that our Lord suffered psychologically, somatically, spiritually, and socially.

“Greatly distressed and troubled” (33) – The two Greek words used here are intense. Max Zerwick, S.J., translates them this way, “he was seized by horror and distress” (“A Grammatical Analysis of the Greek New Testament,” 5th ed., p.156). This is not language used of one who is depleted of all emotion. Here is our Lord Jesus, overcome with the darkness before him, the terror of what he was about to enter into. Psychological suffering. “Surely he has borne our griefs and carried our sorrows” (Isaiah 53.4a).

“Very sorrowful, even to death” (34) – This is a deep sadness, not something light or surface level. You could even say he expressed a dark depression; the kind that makes one feel like death itself has closed its black arms around the sufferer. This was the kind of language used by a young woman I sat with once who was swallowed up in heavy despair, “I’m so sad, death would be far better than this!” and then she went on to attempt suicide. Psychological suffering. “Surely he has borne our griefs and carried our sorrows” (Isaiah 53.4a).

“He fell on the ground” (35) – The weight of the darkness and distress crumpled him to the ground. He didn’t lie down gently; he fell under the pressure. Our Lord is burdened to the breaking point! Maybe you have been here before where the grief, or fear, or dreadfulness of a situation has brought you to your knees or flat onto your face because you could no longer stand up straight under it all. Where your body gives out on you. That’s exactly the scene in this passage! Somatic suffering! Our Lord suffered psychologically and somatically. “Surely he has borne our griefs and carried our sorrows” (Isaiah 53.4a).

“Remove this cup from me” (35b-36) – “Find another way, if at all possible!” There is an almost desperate situation here. The Son who always does what the Father desires, who has always known the Father's pleasure, finds himself faced with the Father's displeasure and anger for the first time and is teetering on the brink looking into the dark chasm of disobedience! The temptation is real, raw, and rife! Though our Savior doesn’t give way to the temptation, see here that he is suffering spiritually! Our Lord suffered psychologically, somatically, and spiritually! “Surely he has borne our griefs and carried our sorrows; yet we esteemed him stricken, smitten by God, and afflicted” (Isaiah 53.4).

Kissed by the betrayer (41b-42, 45) – Social suffering! Ratted out by one he loved and treated as a rapscallion and rogue by society! Our Lord suffered psychologically, somatically, spiritually and socially! “He was despised and rejected by men, a man of sorrows and acquainted with grief; and as one from whom men hide their faces he was despised, and we esteemed him not” (Isaiah 53.3).

What you see here in the garden continues on to Calvary where our Lord suffered on the cross somatically; he suffered at the cross socially as he was taunted by all those around him; but he also suffered psychologically and spiritually, crying out "Eloi, Eloi, lama sabachthani!"

Jesus was willing to go to these densely dark depths to rescue his people from their doom! You may have heard of the French fire brigade chaplain, Fr. Fournier. While the cathedral of Notre Dame burned last week, he risked life and limb to rescue relics of great value to him, plunging into the smoke-saturated, blazing-hot cathedral. In a similar, but greater way, our Lord leapt into the dusky, suffocating abyss of our psychological, somatic, spiritual and social suffering to rescue his people, “For even the Son of Man came not to be served but to serve, and to give his life as a ransom for many” (Mark 10.45). And he dove into the inky-black places of our shadowlands to redeem and remediate us psychologically, somatically, spiritually, and socially! “But he was pierced for our transgressions; he was crushed for our iniquities; upon him was the chastisement that brought us peace, and with his wounds we are healed” (Isaiah 53.5).