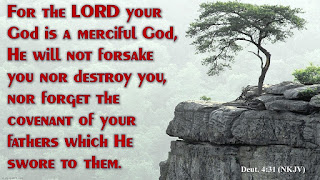 Moses once announced, “For the LORD your God is a merciful God. He will not leave you or destroy you or forget the covenant with your fathers that he swore to them” (Deuteronomy 4.31); and Paul once prayed, “Blessed be the God and Father of our Lord Jesus Christ, the Father of mercies and God of all comfort” (2 Corinthians 1.3). We rejoice that you are merciful and a God of mercies and comfort!

Be merciful to your people on every continent, counting this congregation, Bethlehem Primitive Baptist Church; Alameda Baptist; Berry Road Baptist; Bethel Baptist; and Beverly Hills Baptist church. Be merciful toward our brothers and sisters facing difficult times in difficult places like Iran, Iraq, Palestine, Lebanon, Syria, Turkey, Sudan, Myanmar, and Indonesia. Be merciful and grant us your gracious presence and strength.

Be merciful to the Presbyterian Church in America. Govern and guide us, our deliberations, decisions and directions as we approach General Assembly.

Be merciful to our friends in the United Methodist Church as they prepare for their General Conference, and the potential show down. Exonerate what is true and right, and change the hearts and perspectives of those who are misguided and wrongheaded.

Be merciful to the peoples of all nations, including these United States of America, North and South Korea, Norway, Oman, and Pakistan. Each nation has unique needs, suffers from specific lacks, fears distinct threats, and longs for particular successes. Govern the nations toward justice, rightness, and morality. Supply them with the ways and means to flourish. And bring them to a place of peace.

Be merciful to those who are displaced, uprooted, or run-off and run-out because of famine, war, or poverty.

Be merciful toward those who are tackling emotional troubles, mental illnesses, disorders, depression, and PTSD. And be merciful to their families, caregivers and loved ones who feel inept and unsettled.

Be merciful to our families, friends, neighbors and co-workers who are sick, ailing, recovering, or maintaining.

Be merciful to those who are dis-spirited, dejected, despondent, fearful, anxious, worried, weak, or heavy burdened.

Be merciful to those who are lost or have strayed.

Be merciful to the families and friends who have lost moms, dads, husbands, wives, sons, daughters, brothers, sisters, and close friends in combat, and still mourn their loss – like our neighbors across the street who lost their son in Iraq in 2005. We are very thankful that through the decades many have enlisted or been commissioned who have sought to serve in protecting our nation; and we remember before you the many who bravely served at the cost of their lives. May their deaths never be in vain!