On Criticism and Preaching 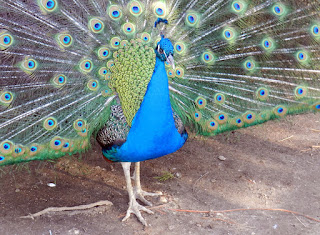 If Eugene Peterson can turn Wendell Berry's works toward preaching and pastoring, then I can turn Flannery O'Connor's in a similar direction.

O'Connor wrote tons of letter until the day of her death. One of them was to a female friend whom she had long been encouraging to write. This young woman was crushed when she received some criticism on one of her yet-to-be published books. O'Connor responded to her in her sober, sensible and Southern fashion. What she says about criticism, and how to take it, struck me as very fitting for sermons. Below is her comment that I will slightly (and obviously) modify toward preaching:


"No matter how just the criticism, any criticism at all which depresses you to the extent that you feel you cannot ever [preach] anything worth anything is from the Devil and to subject yourself to it is for you an occasion of sin. In you, the talent is there and you are expected to use it. Whether the work itself is completely successful, or whether you ever get worldly success out of it, is a matter of no concern to you" ("The Habit of Being," 419).

As an older Black parishioner used to say to me; "Preach good now, pastor!"

Anonymous said…
What a great quote! And I knew that wonderful lady in our congregation. She was an encouragement. --W.P.
April 1, 2018 at 6:46 AM