Baptism in the Name of Jesus 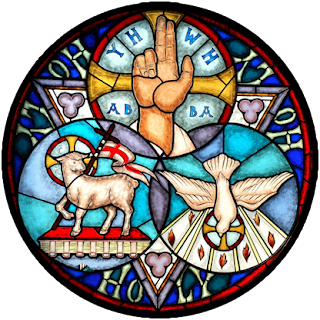 [If it would help to hear this sermon, you can go here: "Baptism in the Name of Jesus"]


Baptism in the Name of Jesus
Matthew 28.16-20 (Exodus 5.15-23; Deuteronomy 18.6-8, 18-22)
Lord Jesus, crucified for our transgressions and raised for our justification, who now has all authority in heaven and on earth: guide our hearts and minds and ears that we may hear you clearly, love you dearly, and follow more nearly. Amen.

This time last year – the last Sunday of January 2017 – we concluded our series on Matthew, and we talked about this passage.  We heard about the Mountain, the Mandate; the Mission; and the Movement. Today, for a very important reason that will become clear later, we are returning to the mission our Lord gave to his disciples and looking at the biggest part of it: Baptism, and specifically baptism as Jesus commanded it. To do this we will look at Jesus direction in Matthew 28.19; then we will review how we show his dominance by submitting to his direction as we peruse Acts; next, we will think about how certain groups dismiss Jesus’ direction; and finally we will examine how to be deliberate in doing the right thing.

Direction (Matthew 28.19): The one who as all authority in heaven and on earth has the right to lay down his directions. And when he directs baptism, notice he doesn’t direct the amount of water, but he does direct the words spoken at baptism. And this takes us back to Jesus’ own baptism (Matthew 3.16-17) where our Lord is standing there after being baptized, the Holy Spirit descends on him like a dove and the Father speaks from heaven, “This is my beloved Son, in whom I’m well pleased.” When we are baptized in the name of the Father, and of the Son and of the Holy Spirit, it takes us back and connects us to Jesus’ own baptism. And one of the things that means for us is that the Father’s words to his Son, he speaks to those who are united to his Son, “This is my beloved child, in whom I’m well pleased!” Next, remember that there are no textual variations on Matthew 28.19; it was the standard form of baptism. And so, written somewhere toward the end of the first century the “Didache” states: “And concerning baptism, baptize this way: …, baptize into the name of the Father, and of the Son, and of the Holy Spirit, in living water. But if you have no living water, baptize into other water; and if you cannot do so in cold water, do so in warm. But if you have neither, pour out water three times upon the head into the name of Father and Son and Holy Spirit” (7.1). Now that we have established our Lord’s direction, we must turn to the baptism language in the book of Acts where people are said to be baptized “in the name of Jesus” and see how that statement is specifically about the dominance of Jesus?

Dominance (Acts): The first and primary question we should ask is: what does phrase “In the name of Jesus Christ” mean in the book of Acts? Acts 3.6; 4.12, 18; 5.40; 9.27; 16.18 … therefore to baptize “in the name of Jesus Christ” (2.38; 8.16; 10.48; 19.5) is the condensed, compressed, and compact way of saying: these were baptize by the authority of Jesus or they were baptized in the way Jesus commanded. And so, how did Jesus authorize and command us to baptize? To say that they were baptized in the name of Jesus Christ is a statement that says these people – both those baptizing and those being baptized – were submitting themselves to Christ’s dominance as Lord by following his direction in Matthew 28.19! But some dismiss the direction and dominance of Jesus.

Dismissal: Why do some groups, then, baptize “in the name of Jesus only”? As they themselves say in their own pamphlet “Why We Baptize in Jesus’ Name” – “The titles Father, Son, and Holy Ghost describe God's relationships to humanity and are not the supreme, saving name described here, which is Jesus… Jesus is the name in which the roles of Father, Son, and Holy Ghost are revealed.”….. In other words, they baptize in the name of Jesus only so as to dismiss the Trinity. They’re adamant that there is no Trinity, and their way to dismiss the Trinity is to lean, in all the wrong ways, on these passages in Acts. Something sadly similar is going on at the baptisms of our Jehovah’s Witness friends and Latter-Day Saints acquaintances who outright deny that God is a Trinity, and by their teaching they re-define the baptismal words Jesus directed, and cause them to mean something completely non-biblical. Finally, in a different way, but similar, some of our extremely progressivist neighbors who disdain the gender-specific language of Jesus, dismiss our Lord’s directions and baptize “in the name of the Creator, Redeemer and Sanctifier” or “in the name of the Creator, and of the Liberator, and of the Sustainer”. None of these baptisms are Christian baptism. They are done to either dismiss the Trinity altogether, or to intentionally undercut and subvert our Lord’s command. So, how can someone from that environment become deliberate in doing the right thing?

Deliberate: Let’s begin with history, and then move to specifics. The earlier church would not accept the baptisms of any who came from groups that held aberrant views of the Trinity, and they had to be baptized correctly (Samuel Miller, “Letters on Unitarianism,” 1821, p.171-2). Further, the 1814 General Assembly of the Presbyterian Church, when asked about baptism by a Unitarian minister, made this declaration, “It is the deliberate and unanimous opinion of this Assembly, that those who renounce the fundamental doctrine of the Trinity, and deny that Jesus Christ is the same in substance, equal in power and glory with the Father, cannot be recognized as ministers of the Gospel, and that their ministrations are wholly invalid” (“A Collection of Acts, Deliverances, and Testimonies of the Supreme Judicatory of the Presbyterian Church,” 1856, p. 76-7). And finally, “If a baptism comes from within a Christian tradition where the Trinity is understood and Jesus Christ is accepted as the one who came in the flesh and where He is designated the Savior, we urge acceptance of that baptism as valid” (the 1981 RPCES “Report of The Study Committee on Validity of Previous Baptism”).  / Therefore, what does a Christian do that was brought up in one of these Unitarian networks, but has since been drawn into a more Gospel-rich, Trinitarian fellowship? And while in that Trinity-affirming, Gospel fellowship they were only asked if they had been baptized (but no specifics sought), and then after many, many years of faithful Christian service, they find out that they had not, in truth, received Christian baptism? Well, there are three possible responses. Like so many Christians these days, they could simply write off baptism and the Jesus-given prescription as unimportant and ignore its seriousness. That wouldn’t be good, and would rightly bring into question their confession of faith that Jesus is their Lord. Or they could try to justify their errant baptism by storming, stewing and spewing passive-aggressive defenses in such a ways as to make it look as if those who want them to be rightly baptized look like legalists or louts. That wouldn’t be good either, and would also rightly bring into question their confession of faith that Jesus is their Lord. Or, they could say: I love Jesus and he is my Lord. I want to do the right thing by him and now, seeing that I was mistaken for all those years and having the correct way laid before me, I want to do what’s right! And that, my dear brothers and sisters, is just what you are about to be witnesses of today!
Baptism