A Letter on Denominations 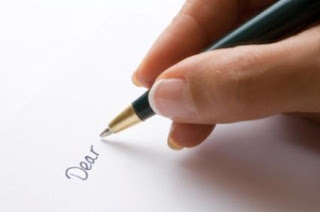 (Today, a woman wrote me a letter telling me that denominations were wrong, and that "there are no denominations in God's word." The following is my reply that I sent back to her):

Thank you so much for your brief note on the dangers of denominations. I agree that denominations are, in many ways, highly problematic for Christ’s Church. And you have zeroed in on the main difficulty: “Denominations are made by men, not by God.”
Many years ago I was a minister, an evangelist, in a group that claimed denominations were a sin. I preached it, taught it, proclaimed it for over 5 years. And then one day the lights slowly came on for me. That group I was in, known as the Churches of Christ, was divided and segmented into 20 to 30 different enclaves, and each assembly had no fellowship with almost any of the other Churches of Christ in their own town or city – even though they all claimed to be Churches of Christ. Each group was right, and every other Church of Christ that didn’t agree with them was doomed. There were those who said you shouldn’t have Sunday Schools. Others said you couldn’t use church monies to support orphanages. Some demanded that churches must use one cup in communion. And the list went on and on, with each faction declaring that they were the only ones who were correct, and if you didn’t abide by their regulations you would be going to hell! That’s when I realized that denominationalism existed even in our anti-denominational sect.
I wished that denominations didn’t exist, and I long for the day when all of Christ’s people will finally gather around him, united and loving each other as he has loved us. But until that day comes denominations, group-affiliations, and federations will probably always exist. The crucial task for us in this disappointing environment is for all of Christ’s people to love and care about one another in spite of the differences. And to that end I am working. I meet with and fellowship with ministers from other denominations once a month, and pray for each of them and their families every day. My Presbyterian congregation works with a Methodist congregation in Southwestern Oklahoma as together we seek to reach the Kiowa and Apaches there. I encourage my congregation to serve with other believers from other denominations at a food bank (Project 66), at the Hope Center of Edmond, and other places. I send my sons to a private school that is owned and run by a congregation that belongs to a completely different denomination. And there are other examples I could give.
This, I perceive, is the way forward; the path we can take in our broken world to fulfill our Lord’s charge, “A new commandment I give to you, that you love one another: just as I have loved you, you also are to love one another. By this all people will know that you are my disciples, if you have love for one another” (John 13:34-35). And so, if you are not already doing this, I would encourage you to reach across denominational boundaries in ways that show you love Christ’s other people.
Sincerely yours,