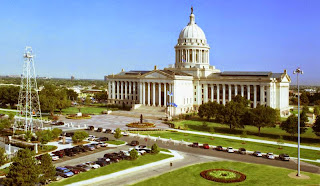 [Today I was again privileged to speak at the Capitol Bible Study. Below is what I presented]

“4 As you come to him, a living stone rejected by men but in the sight of God chosen and precious, 5 you yourselves like living stones are being built up as a spiritual house, to be a holy priesthood, to offer spiritual sacrifices acceptable to God through Jesus Christ. 6 For it stands in Scripture: “Behold, I am laying in Zion a stone, a cornerstone chosen and precious, and whoever believes in him will not be put to shame.” 7 So the honor is for you who believe, but for those who do not believe, “The stone that the builders rejected has become the cornerstone,” 8 and “A stone of stumbling, and a rock of offense.” They stumble because they disobey the word, as they were destined to do. 9 But you are a chosen race, a royal priesthood, a holy nation, a people for his own possession, that you may proclaim the excellencies of him who called you out of darkness into his marvelous light. 10 Once you were not a people, but now you are God's people; once you had not received mercy, but now you have received mercy” (1 Peter 2:4-10 ESV).

Rock that doesn’t roll – you’re a living stone put in your place – into the walls of God’s Holy Spirit shaped temple house (v.5). So, you’re not rolling anywhere, because you’re in tight.

Priest that’s pleasing – you’re part of a whole band of priests – a “holy priesthood” (v.5), and a “royal priesthood” (v.9) who offers what is “acceptable to God through Jesus Christ” (v.5), proclaiming “the excellencies of him who called you out of darkness into his marvelous light” (v.9).

You are a Rock that doesn’t roll; a priest that is pleasing; a sacrifice that’s savory!

There are, then, at least three things to garner from all of this:

Third, but also remember that you are chosen IN the Chosen One; your saved BY God’s saving Son. But you were not chosen just to be chosen, you were not saved just to be saved. You were chosen and saved to be a rock that doesn’t roll, a priest that’s pleasing, a sacrifice that’s savory. You were chosen to be these things in God’s World Rescue Operation. As a secure rock in God’s temple-house you are part of all peoples coming to draw near to God and Worship him; as a priest offering acceptable sacrifices to God through Jesus Christ, you are a go-between reconciling people to God; as a sacrifice, you are part of God’s making people acceptable to himself.

Therefore, call to mind whose you are; recollect who you are; and recall why you are. You’re a rock that doesn’t roll; a priest that’s pleasing; a sacrifice that’s savory.

[Feel free to repost or republish; but as always, please give credit where credit is due. Mike]
1 Peter 2.4-10